Examining Inequity at the Extremes: Success to the Successful

Toi Sin Arvidsson, Norm Fruchter, and Christina Mokhtar recently authored a provocative and important report: Over the Counter, Under the Radar: Inequitably Distributing New York City’s Late-Enrolling High School Students. They examine the high school assignment patterns of the approximately thirty-six thousand students in New York City who are either late enrolling or miss the high school choice process each year (you can read more about NYC’s high school selection process here). These kids are labeled “Over The Counter” (OTC) and they represent high need student populations in the city’s school system.

Arvidsson et al’s report (2013) is the first to confirm what many educators have suspected for years - that OTC students are disproportionately placed in: 1) schools with higher percentages of lower performing students, 2) struggling high schools with much higher percentages of OTC students, and 3) high schools targeted for closure or that are being closed. 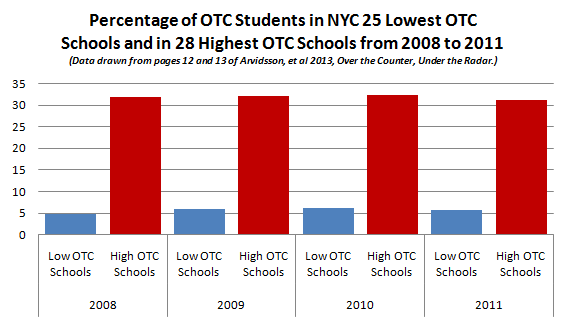 These data are emblematic of a classic systems thinking archetype that is playing out at the extremes of our citywide school performance distribution. At one end of the curve are lower performing schools and at the other end of the curve are higher performing schools. The success to the successful archetype helps explain the dynamics that exacerbate and perpetuate inequity at the extremes. 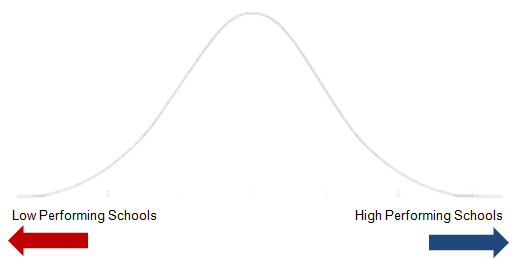 In the generic success to the successful scenario, two or more parties compete for a common limited resource (e.g., time, funds, attention, space, food), which is controlled by an external party. As one party has greater success, it is rewarded with more resources enabling future success, which then brings in more resources, which leads to more success … . Conversely, the parties with less successful outcomes lose resources as a consequence, causing their further diminishing success. In the case of Over the Counter, Under the Radar, the resources many high schools hope to attract are high performing students and high quality teachers. High performing schools attract more of both.

Chris Soderquist and I invite you to explore the systems thinking model that maps out the success to the successful archetype. The model (in the google presentation below) looks at how the disproportionate assignment of OTC students to struggling schools, accelerates these schools’ downward cycles of performance.

Keep in mind that the model we present here is underspecified. While some policies and practices diminish a school’s performance (e.g. the practice of assigning OTC students), other policies are designed to infuse struggling schools with new sources of funding and interventions (e.g. race to the top funds). Our model presented here does not account for this countervailing effect. The goal of this model is simply to map a key systems thinking archetype and illustrate the way in which a system’s design drives its data.

Examine other educational problems of practice through the lens of systems thinking: Fixes that Fail, Erosion of Goals, Kicking The Can Down The Road.

Susan Fairchild is the Director of Research at New Visions for Public Schools.